Chandrapur: On Saturday State’s Energy Minister whose name is Nitin Raut, he inaugurated about 6 km long modern pipe conveyor system for the direct transportation of coal from the Bhatali coal mine to CSTPS. The project worth about Rs 200 crore has the capacity to carry about 6,000 metric tonnes of coal per day. Nitin also said that the pipe conveyor system is a step towards developing an efficient, environment-friendly, and modern. Way of transporting coal from the mines to the power project.

They have also claimed that it will go a long way in reducing the environmental impact of road transit completely by eliminating scattered coal dust and all vehicular emissions. It has also been said that it will also go a long way in avoiding theft of coal and will also facilitate assured quality and quantity of coal to power plants at very low transportation cost.

The Minister has further said that a similar system is also being made to supply coal to Khaparkheda and Koradi power plants in district Nagpur. About 16.5 km from 5 mines in Nagpur district WCL area.

He has also disclosed the plans to build 1 floating solar project. At Irai Dam with a power generation capacity of about 105 MW here. He has also said that this will also provide employment to about 100 people.

Guardian Minister whose name is Vijay Wadettiwar. They have raised the issue of this high pollution caused by power plants and other industries. And has also welcomed the initiative of Mahagenco in the direction of curbing this pollution. In the presence of all tigers and the rest of the poachers. In this Chandrapur Super Thermal Power Station (CSTPS) area. They have demanded the construction of 1 compound wall around this project area.

He has also expressed great concern over the fly ash flowing into the Irai river from the ash dam of this Chandrapur Super Thermal Power Station. And has also demanded to take immediate measures.

Nitin has also agreed to the demand for a wall of this complex. And then it has also been assured that measures are being taken to strengthen the ash dam. 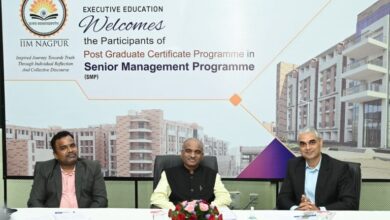