Nagpur: The crocodile was not found by the wildlife officials even on Tuesday on the 1st part of the Nag river, just near Gawlipura. It is only after the video and pictures of 1 crocodile at that particular place rapidly went viral, that the search was on to find it. Wildlife officials are already trying. They are also figuring out the plan to catch the crocodile. Honorary Wildlife Warden Kundan Hate has said that, “Our team was at the same place since morning but no one even saw it. And now we will continue to explore the same for several days before we decide on any next course of action.”

Recognizing that he is still in the same area. Kundan maintains that any rescue plan must be executed very carefully.

Kundan has said that a crocodile is very dangerous under water. Because of this, whenever the crocodile lives there, then it is very difficult to catch it. We are coordinating with each and every officer of the agencies and NMC. So that it can be seen whether the water level at this particular patch can be reduced.

Carcasses of animals float in water

He has also said that if the water here dries up completely, then the officials can even think of catching him.

Kundan has said that there is 1 non-starter to take the bait out of the water as well. Kundan also said that “the alligator is getting enough food in the water. Carcasses of many animals also float in these waters and they feast on anything. And in such a situation, the option of bait to catch the crocodile will not work at all.”

There are many theories coming out about where it came from. Kundan has said that about 20 years ago, he had brought him there in the backwater. Crocodile must have descended from there to Totladoh, Gorewada and then through sewage from their dirty water. 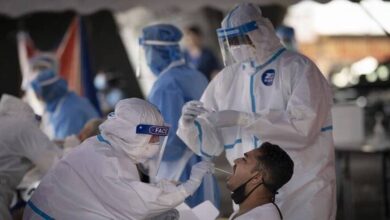