Nagpur: Crusaders of various organizations and banners have resolved to take their fight against mining in Surjagarh hills to the court. This is going to be in addition to the agitation on the streets in protest against much of the mining activity. The religious warriors and office bearers of the Surjagarh area Paramparik Ghotul committee have decided to take a stand against the mining project after meeting on the last day of the three-day long Surjagarh yatra. And around 5,000 tribals had gathered for a religious, cultural and social event in Etapalli taluka of South Gadchiroli to offer prayers to deity Thakur Dev and freedom fighter Vir Bapurao Shedmake.

Ramdas Jarate of Workers and Peasants Party of India has said that there is an expansion plan of the mining project, And to increase the capacity from about 3,000 metric tons to 10,000 metric tons annually, there is going to be a lot of risk to the local ecology, And tribal culture like Surjagarh Yatra is also going to be adversely affected.

Police department are trying too hard to suppress

“We had given several pleas to the Collector and the Maharashtra Pollution Control Board to completely cancel the earlier public hearing, Which was conducted about 150 km away from the affected places with access control. However, all our pleas have so far gone completely unheeded,” Zarate said. He has also said that his party’s leader Jayant Patil has already raised the same issue several times on the floor of the winter assembly.

Talking about this, former MLA Namdeo Usendi has also said that educated tribal youths should come forward to protect their culture and tradition. Communist Party of India leader Amol Marakwar has also said that the government and the police department are trying too hard to suppress the workers with false cases. 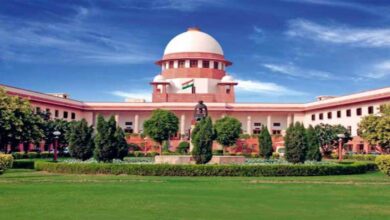