Yavatmal: Four members of the gang who looted about Rs 20 lakh from a jeweler on the pretext of selling the gold coins found in the field have been arrested on Monday night. According to the police, jeweler Surendra Gawande (38), a resident of Arni in the Yavatmal district, had lodged a complaint on 23 December. In which it was claimed that some unknown persons had contacted him on the phone. And offered to sell the gold coins weighing 1.5 kg at a price below the market rate, as he had found it while digging a field.

After bargaining, the caller agrees to sell the treasure for around Rs 20 lakh. Then some members of this gang later met Surendra Gawande and showed him two coins, which they found to be of pure gold. Then after convincing the jeweler about the purity of the metal, the accused asked Surendra Gawande to bring around Rs 20 lakh in cash to Nandgawahan village on the National Highway.

Four miscreants have been arrested from a hideout on Monday night

As soon as Surendra Gawande reached the village, nine people beat him up and fled with a bag containing Rs 20 lakh. The jeweler then lodged a complaint with the Mahagaon police, who registered an offense under sections 420 and 395 of the IPC and started investigating the matter.

Yavatmal Superintendent of Police Pawan Bansod handed over the investigation to the local crime branch and asked the officer of Mahagaon police station to jointly investigate. Accordingly, police teams have gone to various places like Mahagaon, Kalamnuri, Nanded, Aurangabad, and other places.

The teams also got some clues and on the basis of that, four miscreants have been arrested from a hideout on Monday night and about Rs 6.2 lakh cash has been recovered from them. Police obtained PCR by the date of January 6 by presenting the arrested accused in court. The SP said in the press conference on Tuesday that the police is searching for other absconding accused.

Also Read: After NMC demolishes meat shops, builder and others encroach on part of NMC land

After NMC demolishes meat shops, builder and others encroach on part of NMC land 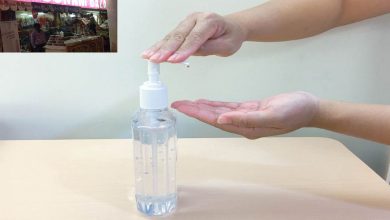