On Saturday the Ambazari Police arrested a home tutor for allegedly molesting two cousins who were nine-year Old’s. The accused was brought before the court on Sunday, and he has remanded him to police custody for two days. As per the police reports, the family of the girls were looking for a home tutor; that’s when they came across the 48-year-old Dnyaneshwar Nadekar. The family of the girls hired Dnyaneshwar Nadekar would harass the girls during their teaching time. He would threaten them and ask them not to share the incident; if they did, they would have to face the dire consequences. The girls were bothered and depressed because of all this, and that’s when the family on Saturday decided to ask them and upon enquiring both of them narrated the issue.

The family decided to call Dnyaneshwar for a casual meeting and also called the police simultaneously. Once he reached the survivor’s home, the police rounded him
Due to the societal stigma, the family was reluctant to file a complaint, but after the senior police officer pressured them, they agreed.

Incidents like these have raised concerns regarding the safety of children with the child activists, and parents are repeatedly asked to file a complaint if something like this happens and take the matter to the NCPCR National Commission of Protection of Child Rights.

According to Rashmi Paraskar who is a child activist said that in cases of child abuse and molestation the children are afraid to share the incidents with their parents . in these cases the parents must keep a check and observe their behaviour. 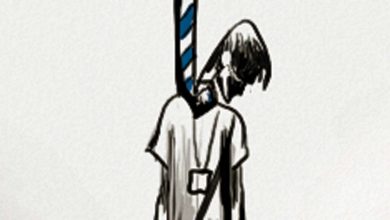