Nagpur: The GMCs (government medical colleges and hospitals) of Nagpur have started action on the instructions of the Guardian Minister Nitin Raut to start a separate ward for the patients of Omicron virus in preparation for the third wave of covid. Shortage of manpower (resident doctors) and material (surgery, including IV fluids, gloves, etc.) has become a major issue for both government medical colleges and hospitals. 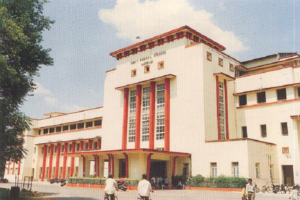 Resident doctors are also considered the backbone of the health system in government hospitals. In case of a wave, the government medical colleges will assume a huge responsibility and will take care of the maximum number of patients from the city as well as from the periphery. Since the new batch of residents are still not admitted to the colleges due to court cases;

Maharashtra Association of Resident Doctors officials has also said that only house officers are being appointed in Nagpur. And the residents also already have a workload.

Dr. Sajal Bansal of government medical colleges and hospitals has also said that they are already facing a manpower crunch. If the wave comes, then it will be a very difficult situation. Maharashtra Association of Resident Doctors is constantly alerting the state government on this issue, But still, no concrete solution of any kind has been found on the ground.

One of the government medical colleges and hospitals in the Vidarbha region has also sent an email to Malanjkhand Copper Project (MCP) Hospital at Malanjkhand in the Balaghat district of MP, In which they have also been asked to collect the supply of surplus IV fluids. And a truckload of IVs and other drugs is also expected to come from Madhya Pradesh through this ‘informal’ purchase.

Dean of government medical colleges and hospitals Nagpur Dr. Sudhir Gupta has said that there is no crisis of any kind of medicines in his hospital, But when they come to know that the stock of IV in this hospital is very close to the expiry date, Then he has also made an oral inquiry about receiving IV fluids from Malanjkhand hospital, when asked about this.

Also Read: 20 new Covid cases in Vidarbha, out of which 12 in Nagpur district