Nagpur: Members of Gujarati Mahila Samaj thoroughly enjoyed all the rides in Nagpur Metro and appreciated all the measures taken by Maha Metro for the safety of each and every women. The society vice president whose name is Ms. Meena Thakkar. She has said that Nagpur Metro is a very safe mode of transport for all women in the entire city. 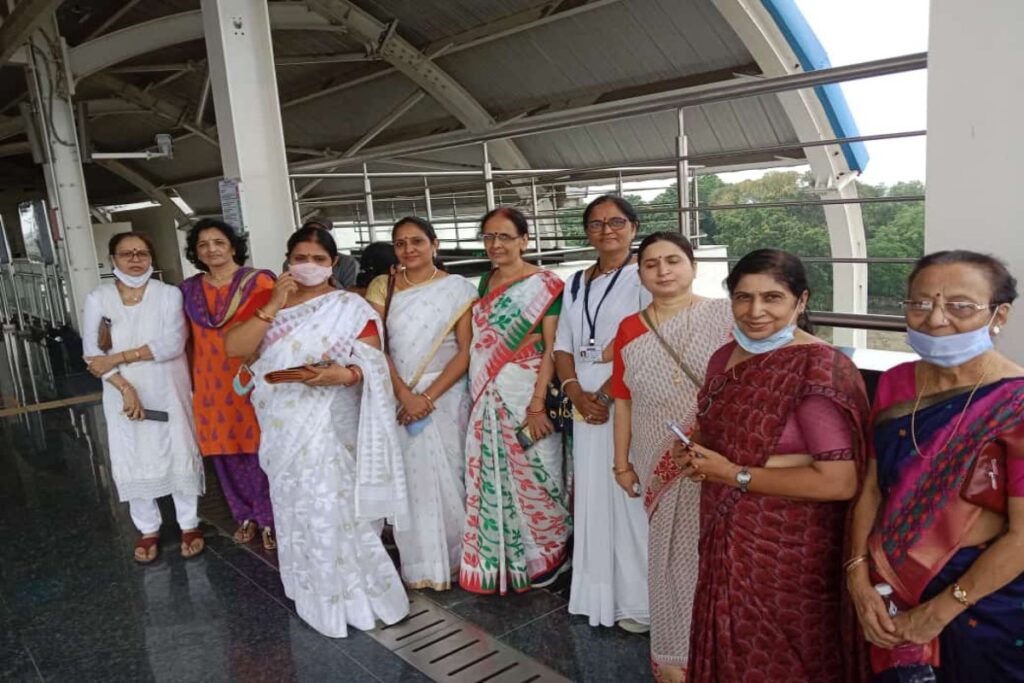 Ms. Meena Thakkar lauded the women’s special coach in Nagpur Metro and also said that it makes all women passengers feel very safe. And apart from this, both the stations and the trains are under CCTV surveillance.

All the existing members of the society have taken full advantage of the beauty of the entire city by taking a ride at the metro station. Ms. Meena Thakkar has also said that she has been living in this city for decades. But by traveling inside the metro, we all have got the opportunity to see so much of its beauty from a different angle.

The Executive Member whose name is Ms. Kirtida Ajmera. She has appealed to all women to travel with the help of Metro instead of any private vehicles. Because it was very safe as well as cheap. “Conserving the entire environment. Which is also very important. While traveling with the help of metro, all the people never have to face any problem. Maha Metro takes very good care of every single passenger from senior citizens to babies. And all the necessary facilities are also well available at every stations,” She added.

Ms. Ajmera has further added that Maha Metro has added to the beauty of the entire city by introducing international level public transport services. Majhi Metro is the pride of the entire Nagpur district. It is equal to the metropolis of one of the major cities of the whole world.

Samaj and executive member of Govardhan Rawal High School whose name is Ms. Damayanti Pandit, She has appealed to all the students to take the help of Metro while going to school or college.