The word when used out of context has been twisted, turned, abused, misused to suit one’s own interest. A casual comment in a chat show was blown out of proportion and reached its crescendo post the tragedy of SSR!!!

A brilliant slip up that was used by the media and lapped up by consumers leading to unending trolls that bordered on being funny to hurt the sentiments of all those targeted. Why then all this hoopla and circus around opportunities and denial?

Every commoner in our part of the world has always aspired to be part of the “better other” meaning, “Wish I was born to the Tatas, Birlas and Ambanis”. The bitterness sinks once the reality kicks in. So, the Aam Junta gets played by the media and succumbs to the objectives. This is narrative at its best.
How does one being part of a rich, affluent, and famous family have anything to do with the privileges they enjoy? There are genes, benefits, opportunities, and a foot in the door already for this class. The next would be their ability to uphold the lineage as well as Universal acceptance. If they fail to pass the litmus tests, then they would be brutally trolled back for “not being fit to carry the surname or have the same instincts”. So there is question by media, trial by the people for even these so called “Privilege Class” with constant monitoring and paparazzi flowing around.

Amidst all this commotion, there is one word “Talent” that can never be ignored. This holds good for people belonging to either class. You cannot dishonor or hold back the same. A SRK, AK, Nawaz, Irffan are eponymous with talent, perseverance and to an extent luck. They are powerful people who have clawed, ploughed their way up the ladder. One would love to see Sunaina in action, Aarav explode, Babil or Ayan with those piercing eyes. Whether they succeed or live up to the expectations is another thing, but they would always get their chances first, isn’t it? So why be hypocritical and waste lives in the name of nepotism and listless debates. Be reasonable, rationale and allow mind to rule over the heart. 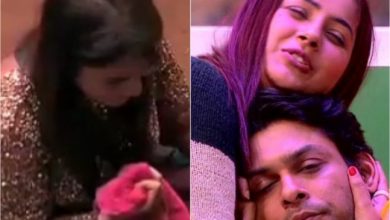 Shehnaaz’s friendship with Sidharth gets questioned!