Nagpur: Dharampeth Zone of Nagpur Municipal Corporation has issued show cause notices to about 47 land grabbers in Kachipura asking them to present the documents related to their properties in the zonal office. The development follows well a judgment by the Nagpur bench of the Bombay High Court which said that about an acre of land near Bajaj Nagar Square in Kachipura area, It is also owned by Panjabrao Deshmukh Krishi Vidyapeeth (PDKV), from where many commercial establishments are operating at present.

In the month of November last year, the High Court had come to the conclusion that Sanman Lawns, a restaurant, and a nursery were also running on about 44,000 square feet of land owned by Panjabrao Deshmukh Krishi Vidyapeeth.

A senior official of the Dharampeth area also confirmed the development and added that the office has received complaints regarding encroachment on Panjabrao Deshmukh Krishi Vidyapeeth land. “On the basis of the complaint, a spot inspection has also been done. And also a complaint of illegal construction was also received on Central Bazar Road in Kachipura area,” the officer said.

Occupants may face action under Sections 53 and 54

“If they fail to submit the relevant documents, Then the occupants may face action under Sections 53 and 54 of the Maharashtra Town Planning Act, 1966 with regard to unauthorized construction,” they said.

TOI had earlier also reported about PDKV’s 65.95 acres of land in the prime area between Bajaj Nagar Square and Ramdaspeth (Central Market Road) being encroached upon for more than four decades. 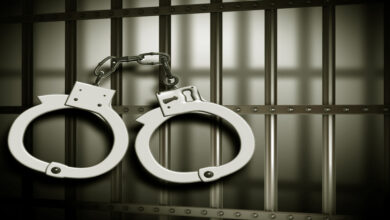 9 People from the same family Tested Positive for Virus