Amaravati: A senior Congress leader Dr. Sunil Deshmukh and a Former Guardian Minister have alleged that in order to cover up his hideous intelligence failure, The police administration is now stopping all the people for ransom by increasing this curfew and completely shutting down the internet. On Wednesday evening in the presence of members of the business community at his home, Dr. Sunil has said that instead of making efforts to bring the situation back to normal in the city after the violence on the date of November 12-13. The administration is pushing everyone towards fear psychosis by extending this curfew. And also ban on internet service.

Dr. Sunil has said that in the year 1993 at the time when the Mumbai bomb blast took place. At that time, the first step was taken by the then CM Sharad Pawar. They had to restore normalcy. He had opened markets, banks, local people, and everything to completely remove the fear from the minds of all the people. And now the administration in district Amravati is doing just the opposite.

He has said that at the time when no new case of violence has come out in this city after the date of 13th November and then at that time about 90% of the city is normal. So now the administration has put people under complete house arrest.

Some miscreants in crowd

He has also said that there is tremendous outrage among all citizens due to the shutdown of internet service. And it has also completely stopped online transactions, banking services. And even the jobs of all the people working from home have been put at risk. Along with this, the online hearing of these cases has been forcibly suspended. All the traders have also been affected very badly. The administration is also putting all the citizens at a disadvantage instead of working towards normalizing this situation properly.

Dr. Sunil has also said that all the police officers who had given this intelligence report that this Muslim Mocha would be of only about 500 people. And they should also be fired and along with this action should be taken against all those police inspectors also. Who did not take any initiative in any way despite a rally of more than 50,000 from very close to their police stations. And it has also been said that only a handful of policemen went with this front. Which shows how lightly the law enforcers took it.

Dr. Sunil has also said that it has become very clear that the police has completely failed on this intelligence front and did not react immediately to this situation due to which the situation has worsened.

He has expressed surprise on how the special IG, police commissioner, collector, and divisional commissioner, can go on leave together. “What’s the good thing?” He asked. “Now the government should take a good lesson from this and avoid repetition,” he said. 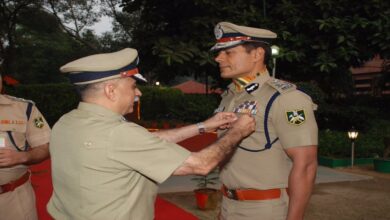 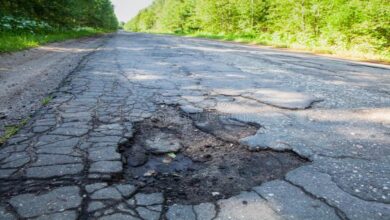