Nagpur: Units making ferro molybdenum, a material that goes into making most specialty steels and is also used extensively in the defense industry, This city also has a very small sector with two units. Most notably industry is also lobbying hard for the imposition of anti-dumping duties on ferro molybdenum. They are also pushing for complete duty free import of Moly Oxide (the raw material required to make it) from customs duty.

According to industry sources, there may not be more than 20 units manufacturing ferro molybdenum in this country at all. Industry players also claim that the sector is facing a unique situation because of the current tax regime. This is also because the import of Ferro Molybdenum as a fully finished product is completely free from customs duty. Whereas, custom duty is levied on bringing moly oxide.

The biggest beneficiaries of the duty-free regime are the industries in South Korea from where the material is imported. Industry players have also pointed out that South Korea has a free trade agreement with India.

The material is used to fully strengthen the steel and add other properties such as anti-corrosion. All major steel plants in the private and public sectors also consume the material.

Tax disparity affects the level playing field of domestic industries. The import of Moly Oxide attracts a customs duty of 2.5%. “Since moly oxide is not available in the country, Hence import is the only option for sourcing the material. However, it is now cheaper for the industry to directly import ferro molybdenum, which is the final product, than to buy it from domestic industries. said AK Gutgutia of M/s Team Ferro Alloys, which has its unit at Butibori.”

Also the second unit is DS Alloys, which also has a unit in Butibori. He said that apart from sending a similar appeal to the commerce ministry, a representation has also been sent to the finance ministry as part of the pre-budget memorandum.

Kunal Bansal of DS Alloys, who completely agree with Gutgutia, also said that the government must impose anti-dumping duty to protect the interests of domestic units. Gutgutia has also said that similar memorandums are being sent for the last two years.

Only 32 stretches across city which are prone to frequent traffic jams: Nagpur traffic police survey 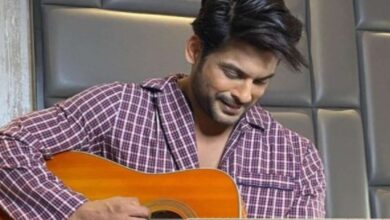