Nagpur: A boat capsized in the Wardha river on Tuesday, due to which around 11 people are feared drowned. The bodies of about three people have been recovered so far from a place within the limits of Benoda police station of Amravati rural district located in the tri-junction of Amravati, Wardha and Nagpur cities. The police have said that around 13 people, natives of Vadegaon in Warud tehsil, had gone to enjoy Junj Falls in the Wardha river.

Due to heavy rains in the last few days, the boat capsized due to the strong current of the Wardha river. And now about 8 more bodies are yet to come out. Apart from fishermen and local divers from local villages,

the district police has also pressed the State Disaster Response Force (SDRF) into action to trace the bodies.

Stabbed By a Stalker

Chandrapur: On September 9, near the Mahakali temple of the district, a hunter stabbed to death a 17-year-old girl on Monday.

The death of a 17-year-old teenage girl has sparked outrage against the police as they failed to take any action against the hunter even after registering a complaint with the Ramnagar police station.

The name of the hunter is said to be Prafulla Atram (30). The deceased girl was a nurse in a private hospital in the city. An accused laborer named Prafulla Atram stopped the girl on 9th September while returning home with his friend and stabbed her several times with a knife, due to which the girl died.

The city police admitted the 17-year-old deceased girl to Chandrapur GMCH and within hours of the incident, accused Prafulla Atram was arrested, who is also said to be married.

The girl family members expressed their displeasure over the inaction of the police as the victim lodged a complaint against Prafulla with the Ramnagar police on September 1. 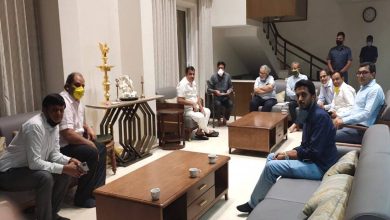 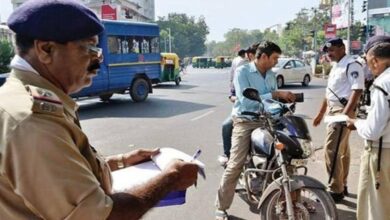