The season 14 of Bigg Boss has already made trending headlines, adding the twist of spicing the show will senior contestants. Since day one, contestants are involved in arguments concerned with household chores and game planning strategies.

Sidharth Shukla, Hina Khan, and Gauahar Khan play a pivotal role as “Toofani Seniors”. They are in the house to make the game more challenging and find out potential contestants who will continue the game after 14 days. In the “jewellery thief” task, all junior contestants are asked to perform in order to gain immunity from their current nomination. At the end of the task, Abhinav Shukla wins the immunity. 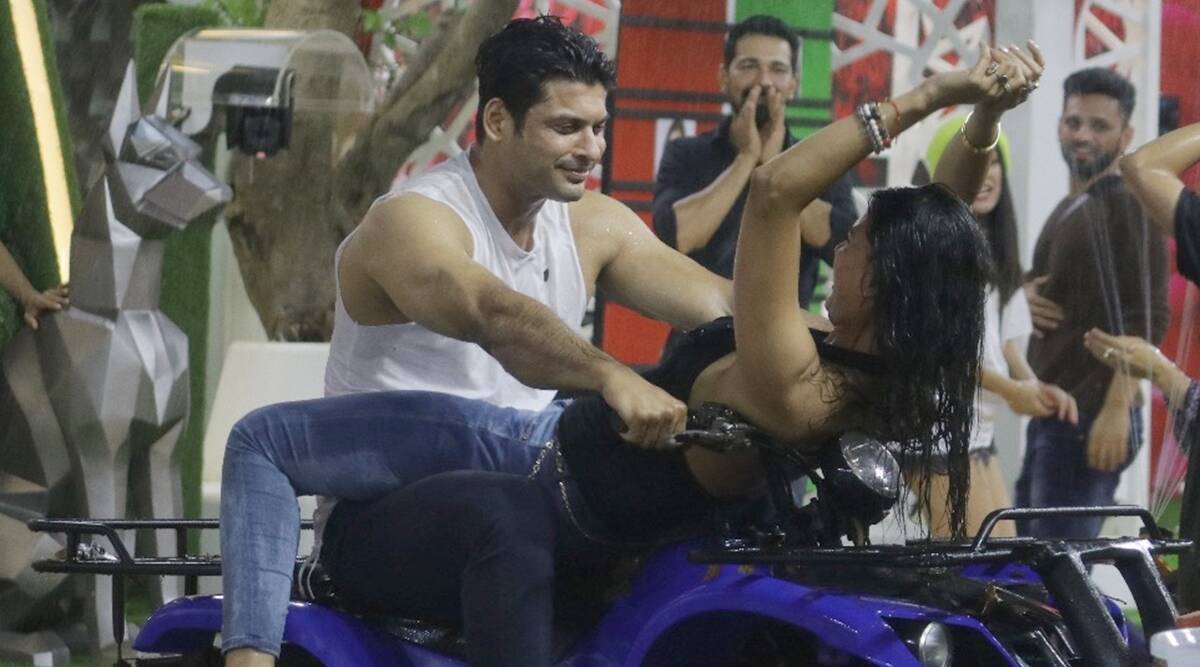 In the upcoming episode, Sidharth Shukla will be seen dominating the Big Boss screen. Nikki Tamboli, Jasmin Bhasin, Rubina Dilaik and Pavitra Punia will perform a sensuous rain dance. This will raise the eyes on sizzling chemistry between Sidharth and Nikki Tamboli. In the promo, it is also seen that in one of the tasks, named “Sid’s beach cafe”, every girl is supposed to carry a tray with coke glasses as a waitress and have to save it from falling in order to gain immunity. This task gets aggressive when Shehzad Deol mischievously drops Nikki Tamboli’s glass. This ignites the fight between Nikki Tamboli and Pavitra Punia. Soon after this Jasmin Bhasin warns Nikki Tamboli from coming close to her glass tray. Everyone in the house seems disappointed in Nikki Tamboli and her selfish behaviour. In the meantime, Big Boss announces a twist where Abhinav Shukla is asked to choose between his strategically gained immunity or to make Rubina Dilaik “accepted contestant” and bring her into the house. Rubina Dilaik is also seen as getting emotional.

With all these dramas, fun and emotional twists, tonight’s episode is much awaited.