In the “weekend ka vaar” episode of Bigg Boss 14 that aired on Sunday, we saw an interesting turn of events. With Nikki Tamboli joining the seniors, to Pavitra getting attacked and breaking down. Nikki wins the immunity task and is immune to the elimination for the week.

The twist, however, was to select one fresher from Nikki and Pavitra to join the seniors. The ‘toofani’ seniors unanimously chose Tamboli over Pavitra on the basis of her consistency, personality and dedication. Hina argued in the favour of Pavitra, which was later on overruled by the other two. Nikki also used her two minutes in the BB mall to hog over the items and collect as much of them as she could. One of the tasks that followed later in the episode needed the contestants to rate themselves as ‘poor’, ‘below average’, ‘average’, ‘good’ or ‘excellent’. 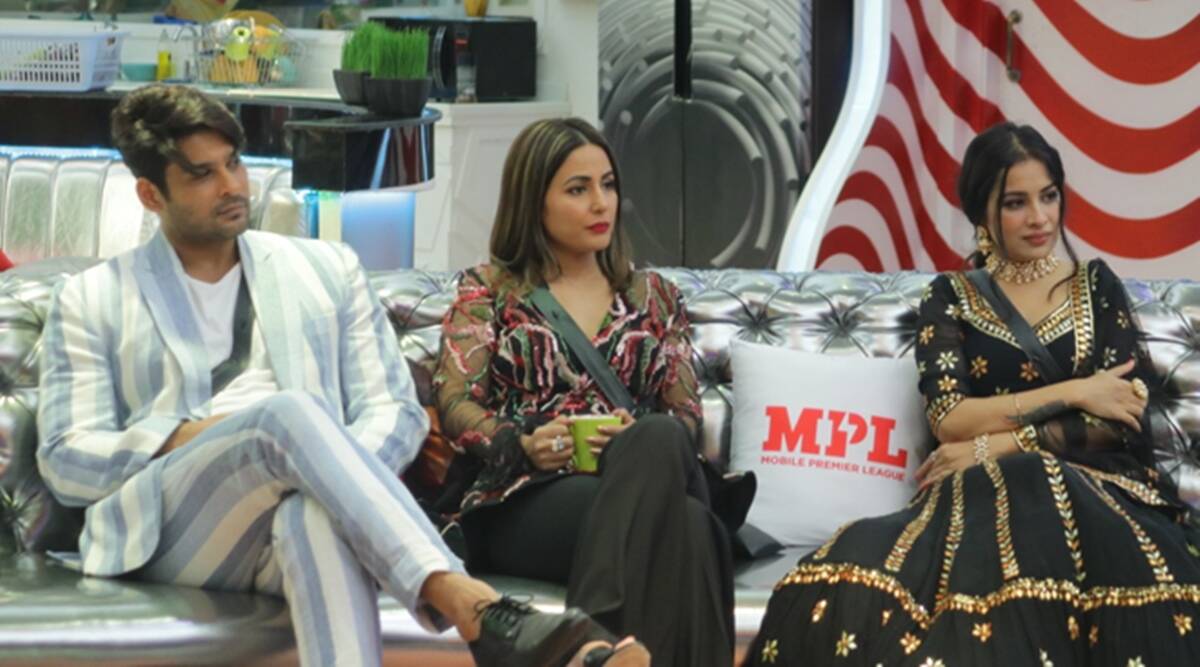 However, they were seen miserably failing to fulfill the task. The contestants seem to have misunderstood the directions given in the book and blamed Eijaz for wrongly explaining the rules. Salman Khan was immensely disappointed by how easily the housemates gave in, without questioning the impositions and categorized themselves in whatever that majority agreed upon.

The seniors seemed to be annoyed by how stupid of a performance it was from the end of the freshers. Shehzad and Jasmine, however, tried their best to defend how they were rightly placed and hence they did not interject when the majority voted for their position. Gauhar and Hina dismissed all arguments and emphasized on how it was needed to be done during the task and not after it. Nishant and Jaan were positioned in ‘poor’, whereas the line for ‘excellent’ was empty. It was also revealed that the voting lines were not activated and the elimination will be immensely regulated by the aforementioned task.

Rashami taunts Asim, ‘Your Best friend’ has returned on Shukla’s Return In House, Asim’s reply will leave you in shock