Nagpur: Congress corporator Kamlesh Choudhary has been booked for rioting on Sunday and forcibly conspiring with many others. On Monday, it has been claimed that the Gittikhadan police have registered false charges against a builder Pradeep Jain under pressure from an MLA of Nagpur district. 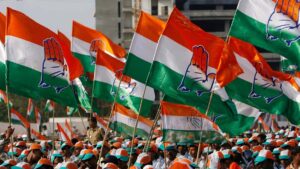 The police had booked Sarika Chavhan, Datta Khode, Raju Mate, Choudhary, Rahul Kanfade, Bablu Thakur, Shankar Khadge, and 40 others for allegedly rioting and forcibly entering a plot owned by Prakash Jain in Hazaripahar. And Chowdhary had demolished the gates and compound walls on the land earmarked for the proposed DP Road along with several residents.

Addressing a press conference, the corporation claimed that the residents were removing the encroachments. But this move has been termed hooliganism.

Prakash also did a press meet, He has also accused the Nagpur city police of protecting extortionists like Kamlesh and others by registering bailable offenses. And he has also claimed the councilor to be in danger of his own life.

Kamlesh has also claimed that the Gittikhadan police have also not registered any case against Prakash. Although two residents, Rahul Kanfade and Bunty Thakur, sustained injuries after being attacked by the builder’s men.

Prakash also said that Earlier also he had filed about 17 complaints against Kamlesh with Gittikhadan police, But neither Deputy Commissioner of Police Vinita Sahu nor the concerned police inspectors took any cognizance in any way.

Defending his own act, the senior corporator has said that residents of around 20 localities are also suffering due to encroachment by Prakash on DP Road connecting Hazaripahar to Katol Road in West Nagpur.

They have claimed that the residents were also using the road for almost 10 years. And even the Nagpur Municipal Corporation (NMC) had done the work of making the temporary road well paved, installing street light poles, and also building a bridge over the drain. And suddenly it has encroached on about 500 meters of the road.

Prakash has denied these allegations and claimed that he also wanted a road there. But there is also a process to be followed. This should be done by executing agencies including Nagpur Improvement Trust and Nagpur Municipal Corporation.

Prakash has also demanded that now the city police should help them a lot in protecting their plot by rebuilding the damaged part of the compound wall and gates. 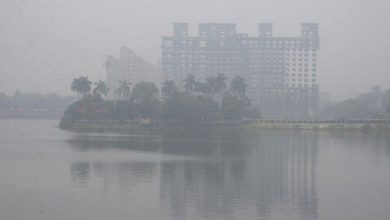