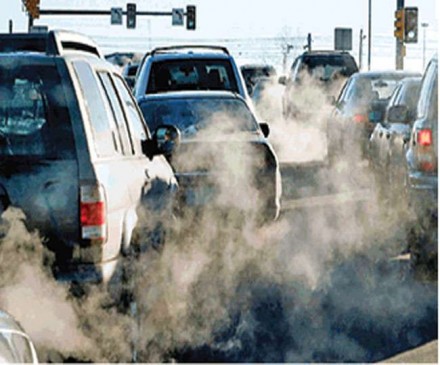 We have been hearing about the bad quality air in Nagpur in various reports. And one of these also identified Nagpur as the second most polluted city in the state after Mumbai for the low-quality air we inhale in the city. Now, as per the recent reports of the Data revealed for the Suspended Particulate Matter surpassing the national permissible limit. The data was discussed while talking about the action plan by the Central Pollution Control Board in the city.

The said body has installed several monitoring stations in the city at locations like North Ambazari Road, Hinga Road, Sadar at GP, and MIDC Office to name a few. The reports suggest that sine 2006 the limit of 100 micrograms per cubic meter seems to be in the danger zone. And if this continues, the studies suggest it can lead to issues like morbidity and mortality. The studies indicated the pollution level at different locations in the city. Like in the MIDC area in Hingna, the RSPM level has reached to the maximum.

Thus this has given a number of health issues like asthma, lung cancer and several other respiratory ailments. Here it has reached to around 51 and 40 mpcm since the said time and it has been consistently high in this area. Similarly in the area like North Ambazari Road and Sadar too the situation seems to be grim as the pollution levels have stayed close to 100 mpcm. As per reports, many of the areas where there is no monitoring have been hit hard with the bad pollution level.