Nagpur: Clean and alternative energy sources have come to the rescue of Maharashtra State Electricity Generating Company (MahaGenco) with the closure of various thermal power stations in various states due to the coal crisis across the country. Which has assured all citizens of almost no power cuts. The company has said that there has been a very good improvement in the supply of coal. On Monday, 13 units of 7 coal-fired power plants across the state have completely shut down due to shortage of coal. In order to ensure 0 load-shedding, electricity is being supplied with the help of hydroelectric power at Koyna Dam in Satara District and Uran Gas Turbine Power Station in Raigad District.

MahaGenco officials have said that till date we are trying to make up the shortfall by making the best use of these alternative sources of energy. We are engaged in operating all these plants in a need-based capacity. Where a coal power plant takes about 8 hours to become operational. At the same time, these alternate plants start working at the same time.

No Power Cuts in State

According to official figures, about 900 MW of electricity is generated through the hydro power electricity.

The officials have now assured that there will be no power cut within the state. Because all kinds of efforts are being made to generate electricity with the help of hydroelectric, wind and gas based plants. Officials have also said that the situation is improving well now. The intensity of this major crisis is expected to reduce substantially by next week.

In Vidarbha district, about 500 MW unit of Mahagenco at Chandrapur and 2 units of about 210 and 500 MW each at Bhusaval have been shut down. Other units of the Mahagenco including Koradi and Khaparkheda are also facing acute shortage of coal. However, with the improvement in the supply of this coal, the company is planning to commission a unit of about 500 MW at Bhusaval.

According to a press release by Maharashtra State Power Generation Company, every year the supply of coal gets affected due to monsoon. However, in the month of August this year the demand for electricity was very high, due to which this crisis has arisen. 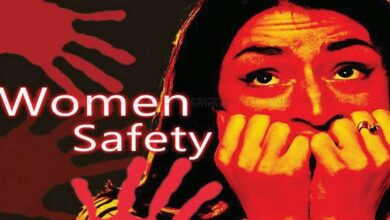