Nagpur: The delayed District Bar Association (DBA) elections are all set to be held on Friday. Polling will be held from 8.30 am to 4.30 pm only and the counting of votes will take place on Saturday. Five candidates are in the fray for the post of DBA president.

On Thursday, on the last day, the campaign reached its peak and the members also created a lot of ruckus on social media with their manifesto, requesting the members to vote for them. The sources have even claimed that late-night parties have also been arranged to woo the voters.

Though the contestants have promised development along with their manifestos, But the British-era institution has completely failed to address basic issues like parking, courtrooms, and lifts all these years. Sources say that District Bar Association is also losing every year because many members have not paid annual membership fees at all.

“District Bar Association is facing losses as its earnings have fallen alarmingly. The monthly expenditure is around Rs 3 lakh while earning from limited resources like a parking lot, canteen and other resources. Most of its earnings go into salaries paid to 37 employees and maintenance work.” They said.

According to him, the new L-shaped building, which was supposed to be completed in two years, is yet to become functional. The new body is going to have a very challenging task ahead of it.

In the year 2018, the elections saw a voter turnout of 84.25% with 3,290 votes out of 3,905 registered members exercising their franchise. This year the number of electors has increased to 4,657, making the whole process much more interesting. 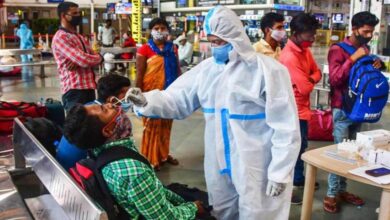