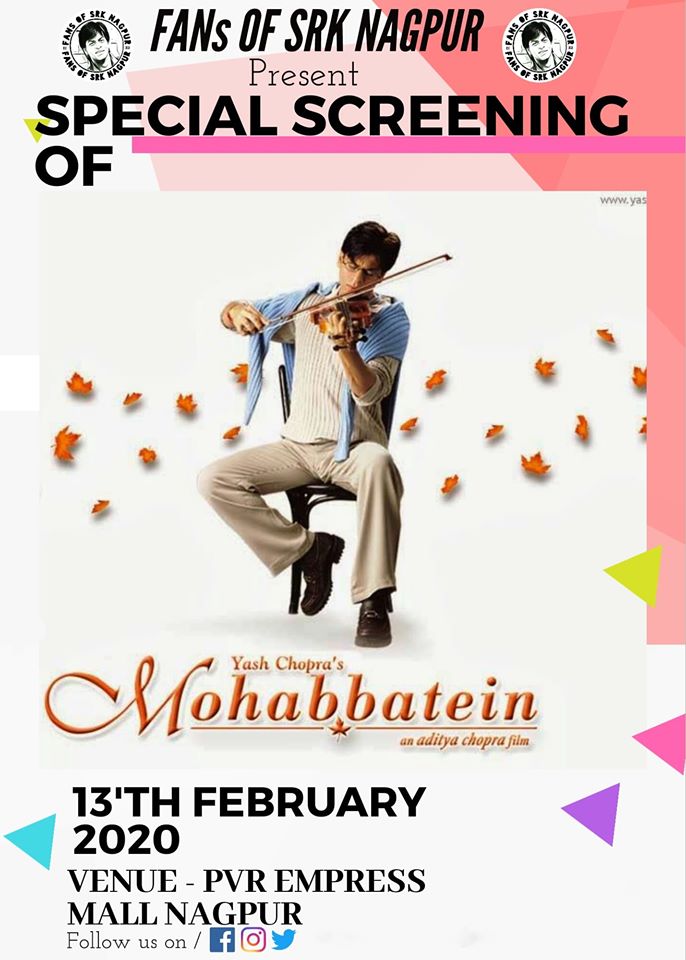 Shah Rukh Khan is known as the King of Romance. Ever since his film DDLJ hit around two decades before, he did give a paradigm shift to his career and so his image-making him Kind of Romance. Since then his fans in the B Town not just in India but all across the world have increased like a wildfire. Now, he has more than 39 million fans on Twitter alone and a similar amount of people having his fans on other social networking sites.

His fans clubs are found in all places of the world and Nagpur is certainly not an exception. Fans of SRK Nagpur is a bunch of young people who claim to be his ardent fans. They have many things to do in the city to prove their love for their favorite actor. They celebrate his birthday by distributing chocolates and cakes among the underprivileged kids and other charity activities to arranging shows for his films.

Come 13th Feb 2020, and we have a special screening of Shah Rukh Khan one of the best films in his career called Mohabbatien. The Fans of SRK Nagpur has arranged a special screening on his big day just amidst the celebration and fervor of Valentine’s Day at the popular multiplex PVR Empress Mall. So, if you are one of the fans of Shah Rukh Khan, you would not miss this big opportunity. Catch the show at PVR on 13th with the Fans of SRK Nagpur at Empress Mall. Stay tuned to know more about it and others only with us.