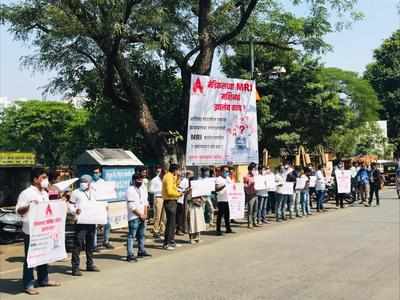 Raj Khandare, President of Sewa Foundation has said that After making this request to the government and the administration for the last almost 2 years and despite all the orders of the High Court, no decision has been taken by the administration about the Magnetic Resonance Imaging machine yet. Economic and mental exploitation of all the poor patients coming to GMCH is now being done there.

Even due to the absence of a Magnetic Resonance Imaging machine, not only all the patients but also the doctors of the Radiology department are getting affected a lot now. A resident doctor has also told that he is yet to get practical experience of doing MRI as there is no MRI machine available. All the doctors doing MS and MD are also suffering a lot of academic loss.

In the year 2008, GMCH was the first government medical college in Vidarbha. MRI was also a machine in this government medical college. And it was functional for about 10 years as per the contract with the service provider. After the contract expired in the year 2018 and there was a technical fault inside the old Magnetic Resonance Imaging machine, the administration has now decided to place the order for a new and advanced Magnetic Resonance Imaging machine at GMCH. The procurement process is still pending.

All poor patients who cannot afford Magnetic Resonance Imaging in private set up at all. Those poor patients have to go to Mayo Hospital.

GMCH officials have also informed that the medical college has already deposited around Rs 15 crore from Haffkine Institute for the Magnetic Resonance Imaging machine. But Halfkine still has to buy that machine. Recently, the Nagpur Bench of the Bombay High Court had now strongly reprimanded both Haffkine and GMCH for this delay.

Many other social organizations have also supported this movement. George Joseph of Ajni Vann initiative, activists Anusuya Kale, Sanjay Lahane, Kunal Maurya, Beti Shakti Foundation’s Sanjay Ade, and Anoop Muratkar of the Saidoot family also participated in the protest along with all their supporters. 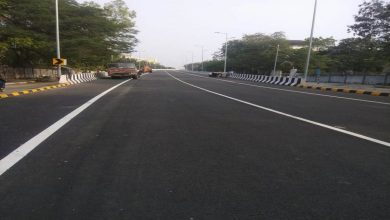