Nagpur: The Congress and the Nationalist Congress Party (NCP) have won a good victory in the elections held on Tuesday for the presidents of various committees in the Zilla Parishad here. The winners are Rajkumar Kusumbe, Milind Sute, Avantika Lekurwale from Congress, and Balu alias Praveen Jodh of NCP.

Former Sports Minister Sunil Kedar and Congress District President Rajendra Mulak have announced the names of the winners even after the voting process in the House. Also, there were many candidates for the posts after the BJP decided to field its candidates despite not having the required number of voters. While the grand old party got 38 votes, the saffron organization got only 13 and six members were out of the voting.

Earlier there were also speculations that all four posts of the Speaker would also be filled unopposed. But the BJP has also fielded its candidates Subhash Gujkar, Radha Aggarwal, Satish Dongre, Pushpa Chafale, and Satish Dandare at the last minute.

Pritam Kaware and Nana Kambhale, who raised the flag of rebellion in the election of Zilla Parishad President and Vice President, were also absent along with Shiv Sena (Balasaheb) member Sanjay Zade. Nationalist Congress Party member Salil Deshmukh and Congress member Shankar Dadmal had also abandoned the same process. Megha Mankar had voted for the rebels in the last election, she was present, but she did not vote at all, taking a neutral stand.

Also Read: Only 98 dog owners have obtained a license from NMC, estimated 20,000 pet dogs in the city

Only 98 dog owners have obtained a license from NMC, estimated 20,000 pet dogs in the city

Bigg Boss 16: Abdu Rozik will be the new captain of the house This Week 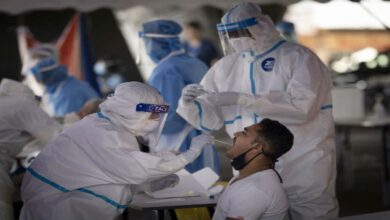 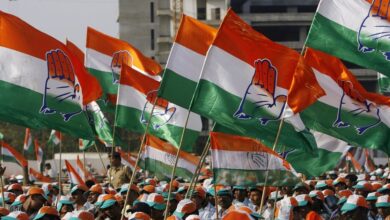