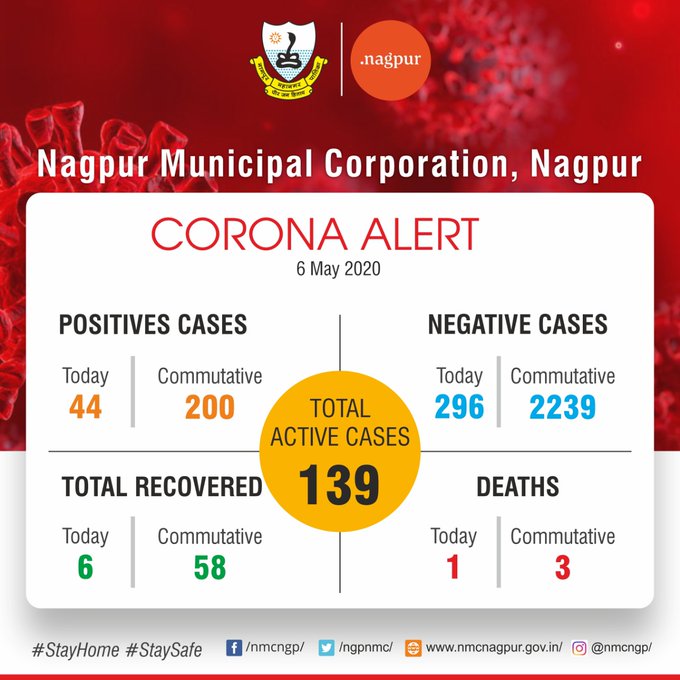 It’s been one and half years of lockdown, and we see the cases for the virus just adding up. Now, the figure has reached to around 180, which is huge, making the city enter into the red zone. The city has a couple of hotspots like Shatranjipura and Momipura along with other areas which have been identified by the civic and the health bodies of the city. Talking about the same, the chief of NMC Mr. Tukaram Mundhe was quick to share the status on his Twitter handle.

He has shared the number of new cases that have been found today in the city. He shared the data in the form of a infographics method, which one can find out here as under:

44 new cases in NMC today! Except 1 all were in institutional quarantine. The quarantine was vehemently opposed by almost everyone & we got brick bats & abuses but it’s proven to be a correct strategy preventing spread to 1000s helping break the #COVID19 chain
#WarAgainstVirus pic.twitter.com/lLS60zpx26

As per the message, one can see 44 new cases have been found by the NMC. He further said that except the one the other 43 were in institutional quarantine, which however, was opposed by many and despite all the abuses and brickbats for the civic body, they continued the work and finally it turned out to be the right strategy to fight the virus and control the spread. He then thanked the helping hands of his officials in this calamity time of COVID 19 virus.