Nagpur: You are going to be punished for jumping the traffic signal. But what if you are rewarded for behaving like a responsible citizen? Yes, it is going to become a reality very soon in the next few months, Thanks to a new system developed by a city-based startup, which was showcased at the 108th Indian Science Congress Exhibition. 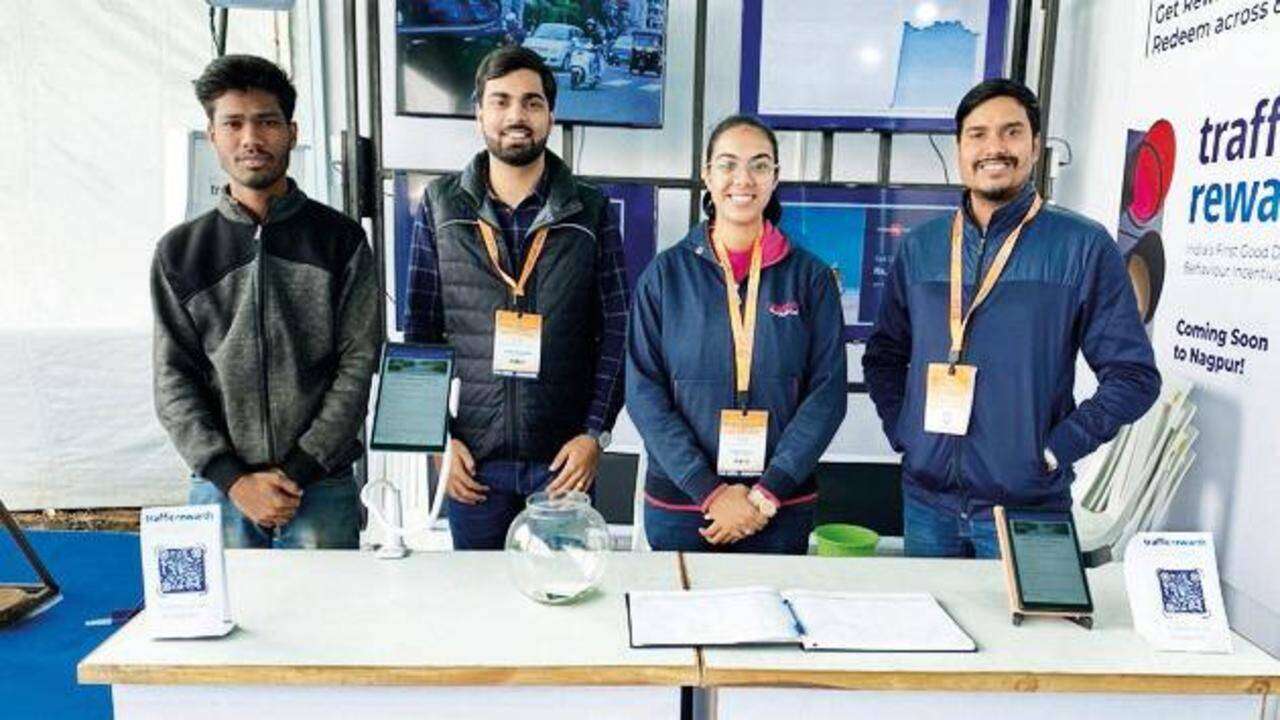 “Usually, traffic violators are punished, but we have seen that most of the citizens follow the rules. We have designed this system to recognize and appreciate such citizens. We are currently working on 10 traffic signals in West High Court between Laxmi Nagar to Seminary Hills, where the pilot project was launched.” They said.

Users are going to get exclusive benefits

This company has installed Radio Frequency Identification (RFID) devices on the signals. Citizens will be provided with a tag which will be affixed on their vehicles. Whenever the vehicle will pass through the traffic intersections, it is going to take care of whether the citizens are obeying the signals or not. 10 reward points will be credited to their account instantly on a specially installed app called ‘Traffic Rewards’.

“We have tied up with over 80 international and local brands like KFC, Pizza Hut, PVR, Radisson Blu, Pharmacies and others where reward points can be redeemed. Users are also going to get exclusive benefits. We also want to create a completely positive culture instead of fear of punishment. We have been rigorously testing the equipment for a very long time.” Nilesh Kolharkar said.

This project is also being implemented by the Ministry of Road Transport and Highways and Nagpur Municipal Corporation.