Nagpur: In the case of a 17-year-old boy allegedly raping a 13-year-old in Arvi tehsil of Wardha district, the graveyard of an alleged abortion racket has been traced from a biogas plant, From where about 54 skeletal bones and 11 skulls have been recovered on Wednesday. A gynecologist, along with their support staff, are likely to operate an abortion racket from their family-owned Kadam Hospital, A doctor and the doctor’s mother-in-law.

Police sources have said that Rekha Kadam husband, who is also a gynecologist in a government hospital in Arvi.

An SIT has been formed under RV’s SDPO Sunil Salunkhe to investigate the whole matter. Which was recorded on the date of 9th January, The time when a 13-year-old girl filed a complaint against her boyfriend for forcing her to have a physical relationship and then abort. She had an abortion a few days back at Kadam Hospital. The police officer was not informed about the abortion at all.

It is also learned that the hospital had mentioned in its own records that the minor was admitted for abdominal pain. The police have also said that there is no CCTV camera footage in the hospital.

Superintendent of Police Prashant Holkar is monitoring the matter under Inspector General Charing Dorje, He said that a team of medical experts would also visit the site to guide the SIT in the investigation.

An official has said that Dr. Shailaja Kadam had allowed the use of the premises and equipment to perform the abortion. They are probing whether she was also directly involved.

Police sources have also said that the investigation of the rape case has taken the investigation team to Kadam Hospital. Along with this, during the search, the police officer has recovered the skeleton and skull from the biogas plant in the hospital.

An official also said that it has come to light that the district police is still contemplating registering another offense under the PCPNDT Act, 1994. There is a high need for a complaint to the civil surgeon for enforcement of the Pre-Conception and Pre-Natal Diagnostic Techniques Act for misuse of sonography machine and outright violation of norms of medical termination of pregnancy. 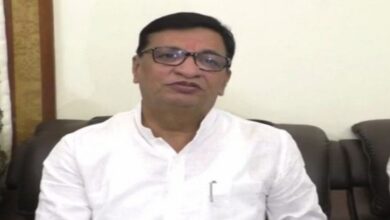 Some schools will open from Monday disobeying orders