Nagpur: At Delhi’s Jantar Mantar on Friday, Hundreds of pro-Vidarbha activists staged a protest against the Bharatiya Janata Party-led NDA government, demanding full statehood for the region. The Vidarbha Rajya Andolan Samiti (VRAS) had organized a protest in which activists from different parts of the region also participated.

Addressing all these workers, former MLA Wamanrao Chatap has announced that under ‘Mission 2023’, All elected representatives of Bharatiya Janata Party and Congress should be completely expelled from all villages in the area. He had called upon these workers to intensify their protest so that their voice reaches the rulers.

Kisan Brigade leader Prakash Pohre had called for a group of about 5,000 senior citizens to be formed. Those who will be fully prepared to go to jail for the movement of the state and will not be afraid of bullets at all. He has said that he needs to intensify his fight even more so that the dream of getting statehood before the 2024 elections can be fulfilled.

Bharatiya Janata Party has failed to fulfill its commitment

Wardha and Gadchiroli MPs – Ashok Nete and Ramdas Tadas – have met protesters at Jantar Mantar and have also assured them that they will very strongly raise the demand for a separate Vidarbha in the Parliament.

According to Vidarbha Rajya Andolan Samiti, the Bharatiya Janata Party had made this promise to the people during the 2014 elections. That a separate Vidarbha state would be formed within about 100 days of the formation of the government at the Centre. Vidarbha Rajya Andolan Samiti has said that though, despite retaining power in the year 2019, the Bharatiya Janata Party has completely failed to fulfill its commitment, and because of this they will start more such protests across the region. 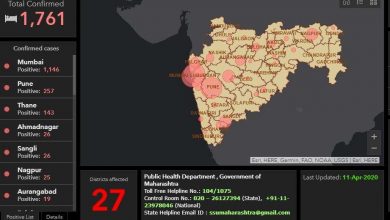 Nagpur in Red Zone, as States Divide in Red, Orange, and Green