Nagpur: City Police are in complete shock after three constables’ bikes caught fire just in front of their chowky in the sensitive Vasantrao Naik slum near the Bole petrol pump in the early hours of Sunday. The chowky belongs to a beat of Sitabuldi police station. The chowky was renovated in the year 2012 after very large-scale violence When the slum dwellers killed a goon after a gambling racket killed a man and buried his body in the area.

After this violence, two inspectors of Sitabuldi police station and about 10 policemen were completely suspended. Incidentally, some of the goons involved in the murder were acquitted several months ago, while the mastermind identified as Bhuru was convicted.

The three constables of Sitabuldi police station Mohan Paradkar, Digambar More, and Sham Pande parked their bikes in front of the chowky and were out patrolling on their official two-wheelers.

Around 2.15 pm, an alert citizen dialed 112 to inform the police control room that the bikes were engulfed in flames in front of the police chowky. The three cops, whose bikes had caught fire, went back to their chowky, but the two-wheeler had by that time turned into a pile of coal on the iron structure.

Sitabuldi police raided a place in the slum where some youths

Some senior officers, including ACP Nilesh Parve, had also reached the spot during the night-time affair. Though Sitabuldi police station’s inspector, crime, Amol Kachore said that the mystery is yet to be cracked at all, he has also hinted at the name of a goon who could be behind the arson. He said, ‘Investigation is going on.

Sources have also said that a former outsider Abu alias Azeem, who is also an addict, could be behind the incident. “Some cops from Sitabuldi police station had also gone to Abu’s house, which probably made them very angry. The police had gone to his house as a routine check-up.” They said.

It is also learned that Abu was close to a constable of the Detection Squad of Sitabuldi police station.

According to another source, Sitabuldi police raided a place in the slum where some youths were indulging in gambling. The police dealt with the youths very strictly and also warned of dire consequences if they were found gambling again.

“Police also cannot rule out the involvement of some youths, who were warned last evening of taking up gambling. Suspicion on Abu is very high as no trace of him has been traced since the fire broke out, a police source said.

Sitabuldi Police has also registered a case of mischief against unknown people. 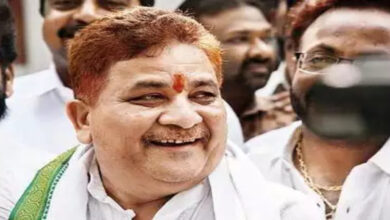