Chandrapur: Analysis of pollution data has revealed that the city of Chandrapur has been highly polluted for 98 days out of 151 days from January to May. Environmentalist Suresh Chopne’s analysis also shows that the industrial area around the city has seen above-normal pollution on 115 out of about 151 days. Industrial and urban pollution was also slightly lower during the first two years of the pandemic. However, soon after the Coronavirus restrictions were lifted, the Chandrapur city and the surrounding area saw a significant increase in pollution.

Suresh Chopne also said that the industrial areas of Tadali, Ghugus, Chandrapur, and Ballarpur have been listed as highly polluted for the past 12 years.

The environmentalist said that industries also measure their pollution and that the Maharashtra Pollution Control Board (MPCB) and the Central Pollution Control Board (CPCB) monitor pollution independently. Suresh Chopne has also said that according to the Air Quality Index (AQI) monitored by MPCB in Chandrapur city for the last almost five months, The months of March and May were the most polluted with above-normal pollution levels for 25 and 23 days respectively.

Similarly, he said, the AQI in the surrounding industrial areas in the months of February and March also remained above normal for 27 and 30 days respectively. Suresh Chopne has also said that the pollution data for a few days is not available with the MPCB at all.

According to environmentalists, the use of petrol and diesel vehicles, construction work, and emissions from thermal power plants have also been the major causes of high pollution in Chandrapur city.

Suresh Chopne also suggested that this pollution can be curbed by using battery-operated vehicles and bicycles, rules on the construction of roads, banning on dumping of sand and mud along the road, and avoiding the burning of garbage and coal in the city. To bring this pollution under control, there is a great need to upgrade even the very old units of Chandrapur Super Thermal Power Station.

Also Read: To curb the crime, the police of Zone-3 raided the liquor store 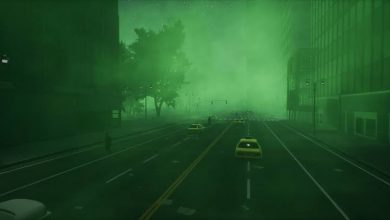