Nagpur: Indefinite strike of all resident doctors has started from 8 am on October 1 in Government Medical Colleges of Nagpur, Gondia, Akola, Chandrapur and Yavatmal. 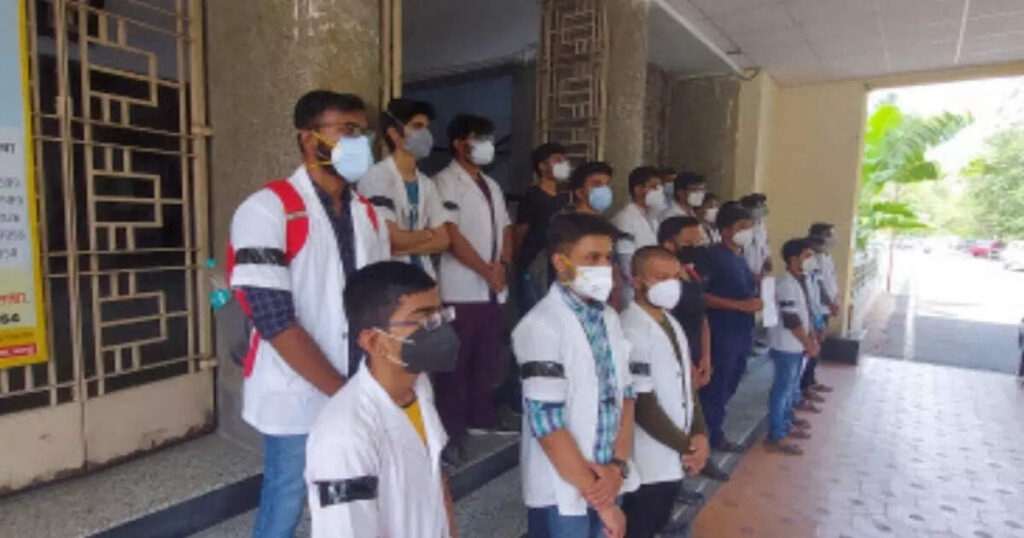 Dr Sajal Bansal of Maharashtra Association of Resident Doctors (MARD). At GMCH Nagpur said, “Since nothing happened on Thursday. We have started our strike from 8 am on Friday.”

A lot of people had gathered in front of the medicine OPD at GMCH in the afternoon. And have raised slogans to fulfill these demands. At IGGMCH, they have highlighted the issue with boards and placards.

Suffered due to the strike

Due to the strike by the resident doctors, the work in both the GMCs in Nagpur city has been severely affected. About 36 minor surgeries and 28 major surgeries were performed at GMCH as on 1st October.

The Chairman of the Central Committee of Maharashtra Association of Resident Doctors (MARD), whose name is Dr. Dnyaneshwar Dhoble, has said that we are not raising any new demand. The medical education minister and the state government had promised to waive our educational fees. And now that covid pandemic is under control they are cheating us now.

It has been learned from reliable sources that. The state government is in no mood to fulfill the demand for waiving the fee. The DMER officials have asked the Dean of GMC to somehow manage. The work in all the hospitals and to persuade all the residents to end the strike in 12 days.

As a result, all the patients coming to GMC should be careful. According to sources, on-contract doctors and associate professors can also join the strike along with the resident doctors if the problem is not resolved for the next 2-3 days.