Nagpur: In action against illegal fishing in Totladoh Reservoir, (PTR) Pench Tiger Reserve, Maharashtra, authorities on Tuesday arrested an accused in this case. And the nets and four cycles used to transport the fish have also been confiscated. Deputy Director Prabhu Nath Shukla has told this at around 3 am on Tuesday that special tiger protection force (STPF) teams have planned to ambush them at various places on the way from Devlapar to the dam area.

Prabhu Nath Shukla has said that the team has been successful in apprehending Surjit Pusia Urmale (26), a resident of New Totladoh (Dewalpar). And about four cycles and eight nets have also been recovered from him. Along with this, three accused have also managed to escape. The search for other accused has been started and then a case has also been registered.

Along with this, the Totladoh dam is also called Meghdoot reservoir from the border of Pench in Maharashtra and Pench in Madhya Pradesh. The Maharashtra side of Totladoh’s dam falls within the core area of ​​Pench, and this has led to a ban on catching the fish as per subsequent court orders.

According to the methodology, fishermen from villages in Madhya Pradesh enter Totladoh in boats and also catch the fish. On the Maharashtra side, fishermen also enter the park on foot through forest roads, usually after dusk, and then cast their nets into the dam. And then in the morning they also collect the fish and then run away.

Prabhu Nath Shukla has also said that new boats are also being bought to control illegal fishing and the intelligence network is also being strengthened significantly by using secret funds. On Tuesday, the operation was started by the RFO AB Bhagat and special tiger protection force ACF MN Parab, and others. 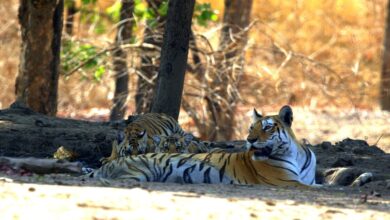 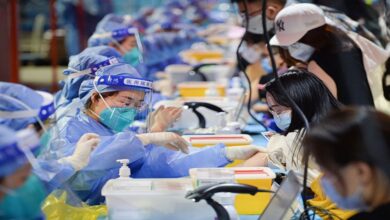 32% of Covid-19 cases increased only in Buldhana in September