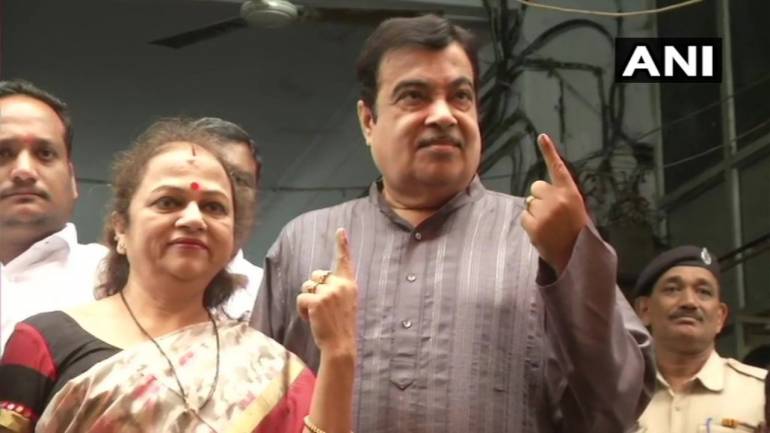 As the city gears up for the election, its been half day passed for the D Day on the eve of Oil Day in the city. So far, the city has recorded not less than 35 to 30 per cent of turn out this poll. As of now, we see all the major celebrities of B Town particularly the Union Transport and road minister Mr. Nitin Gadkari. He was shown posing his finger across with his wife before the camera announcing that he has voted for the day.
So far the elections have reached to the stage of getting 25 per cent of the voters from the city by the end of the noon. As per an estimate, the city should get not less than 65 per cent of the turn out as witnessed in the last Maha Assembly election. Elections which are considered to be among the festivals of democarcy as witnessing one thing or the other. We have more on this and reported the best.
Some of the major fights seen in between the candidates in the city include CM Devendra Fadnavis and the congress leader in the city. The others who were seen casting vote include the sitting CM of Maha along with others like the RSS Chief and others. Stay tuned to know more about it and others only with us. Till then if you have anything to share with us, do comment and let us know more about it. Do share photos as well, if you have for the vote cast withus.