Nagpur: Explaining the purpose of Bharat Jodo Yatra, Congress MP Rahul Gandhi said that he had no option but to start this rally to reach out to all because “the BJP had taken complete control of most constitutional institutions and the media and was exerting considerable pressure on the judiciary”. Speaking to the media at Balapur in Akola district on Thursday, the Wayanad MP said that Congress had its DNA in Vidarbha, Where Mahatma Gandhi had also established his ashram at Sevagram in Wardha district. Along with this, he also said, “The yatra has got the biggest response in Maharashtra so far.”

He has also said that during this rally he has come in contact with many youths and farmers who have also shared their grievances and pains. “The UPA government had taken a historic decision to waive farm loans and implemented it. But the BJP government at this center does not listen to the voice of the farmers at all, let alone help them. This is the condition of the youth. Along with this the expenditure on education is also increasing but an engineering student is not sure that he will get a job,” Gandhi said.

BJP is only spreading hatred, and violence and doing cheap politics

Also sharing his experience of his meeting with former South African President Nelson Mandela, Gandhi also said that when he asked the great freedom fighter about the factors that motivated him during his 27 years in jail, They said “It was India’s freedom struggle that inspired him”.

“People have also observed that the government is not paying any heed to their complaints. BJP is only spreading hatred, and violence and doing cheap politics. They never come out openly on topics like demonetization and GST. They try to suppress the democratic voices of Congress and other opposition parties.” They said.

Also Read: Mobile phones are banned for children below 18 years of age in Yavatmal’s Bansi village 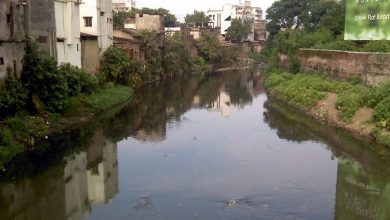