Nagpur: The Saffron party leader who quit the Congress after being denied a Rajya Sabha seat, Jyotiraditya Scindia, arrived at the Rashtriya Swayamsevak Sangh (RSS) headquarters in Nagpur to meet its chief Mohan Bhagwat on Tuesday.

Soon after Scindia arrived at the airport by 11 a.m today, a vehicle by RSS was arranged to pick him up and drop him at the venue. However, sources revealed that the RSS members claimed that they did not have any idea regarding Scindia’s visit.

This BJP leader not only met RSS Chief but also visited RSS founder KB Hedgewar’s at his residence.

“This place definitely gives inspiration. Anybody from anywhere in the country can get inspiration here about dedication towards nation (rashtra ke prati samarpan),” said Jyotiraditya Scindia. 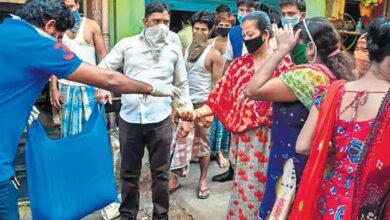