Nagpur: The Chief Electoral Officer of the state named Shrikant Deshpande. He said on Friday that the Election Commission of India (ECI) is experimenting with allowing online voting on the basis of Aadhaar. He told the media that we are now trying to implement the hybrid model. Where online and physical voting will be fully allowed. However, the project also involved some issues with security. It is now well looked after by the National Informatics Commission (NIC).

Srikanth was in the city to conduct the voter list review meeting for the civic body elections to be held in the coming year. In this, Collector R Vimala and other officers of the Collectorate associated with the process of the election also participated in it.

Fully refuting these allegations leveled by Congress and other parties regarding EVM tampering. Deshpande has said that he cannot be connected to any kind of device. Nor can they be applied once again.

It has also been said that although the Election Commission had openly challenged any person doubting this functioning of EVMs. Even the Supreme Court had accepted. Those EVMs are completely foolproof for voting.

Nagpur: On Friday the Standing Committee of the (NMC) Nagpur Municipal Corporation fully cleared 12 tar roads, 4 cement roads, and several other proposals worth around Rs 21.38 crore. 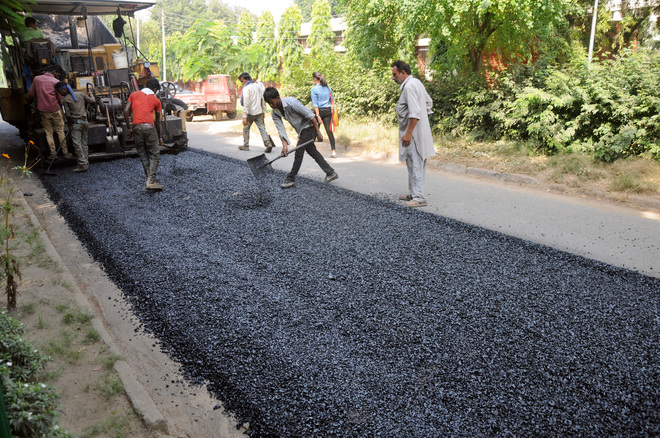 Despite the condition of the tar roads in the entire city becoming pathetic, the standing committee headed by Prakash Bhoyar gave full permission to hand over the work of refurbishment of roads to a firm only for the Civil Lines area.

In view of the winter session of the state legislature starting on 7th December in Nagpur district, the administration has greatly accelerated the process of re-carpeting these roads in civil lines.

The panel also undertook the construction of the retaining wall of Shakti Nala inside Mohan Nagar, the operation and maintenance of electric water pumps in public wells, and the appointment of self-help groups to run about 18 libraries and around 55 study centers across the city, among others. The proposals were also fully approved.

About Rs 18.43 crore for NMC road works, about Rs 37.79 lakh for water pump operation (for a period of 1 year), about Rs 49.91 lakh for construction of retaining wall at Shakti Nala, and about Rs 2.06 crore for running libraries will spend and study center for 3 years.