Nagpur: Being the fourth and final leg of the ITF Women’s 15K event, the Nagpur tournament was always going to be very tough mentally and physically for all the players. A very hot and humid Saturday – the final day of the tournament – has underlined the fatigue of all the players. Along with this, in both these semi-finals of the singles event, not only the players battling the opponents but also the burn outs. While Germany’s Emily Seibold outplayed top seed Zeel Desai, Who was battling a shoulder injury during this match, Unseeded Sahaja Yamalapalli was on her way to defeat Anna Ureke of Russia. At which time he was completely ruled out due to tennis elbow.

In addition, it took Emily almost two hours to beat Zeel 6-4, 6-2. Because this match took a lot of breaks due to injury. It was Emily’s second win over Ziel in almost 10 days. The German had also defeated this girl from Gujarat in the final of the Ahmedabad leg several days ago.

Even after going 6-0, 3-0 against second-seeded Russian Anna, Sahaja looked fresh despite having played her fourth tournament in less than a month. On the other hand, Anna was under the pump from the beginning and had to leave due to injury.

The women’s singles final will be played at the Ram Nagar campus of MSLTA at around 10 am on Sunday.

With this, Soha Sadiq and Sai Chamarthi defeated Sathwika Sama and Shrivalli Bhamidipaty 3-6, 6-4, 13-11 to clinch their maiden title in the doubles final. The winner of the doubles also received a trophy and 10 WTA points. 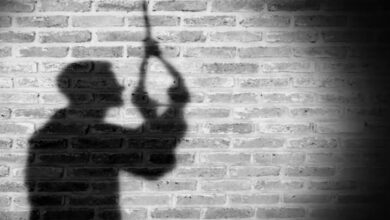