According to officials of the Regional Meteorological Center (RMC), Nagpur, the significant drop in temperature was due to northerly winds. He has also said that the wind is already coming from North India where the temperature is very low. As a result, their area has also declined.

The single-digit minimum temperature has been recorded in six districts of the Vidarbha region on Thursday – Gondia 8.8, Nagpur 8.3, Wardha 9.4, Akola 9.3, Buldhana 8.8, and Brahmapuri 9.8.

Regional Meteorological Center has issued a cold wave warning for the next two days.

Officials have also said that there is a possibility of a gradual increase in the minimum temperature thereafter.

According to the warning issued by the Meteorological Department for the cold wave, citizens have been asked to ensure proper care of senior citizens and children.

The advisory has also said that do not ignore shivering at all. This is a very important first sign that the body is losing heat and is a sign to return indoors fairly quickly. In addition, frostbite symptoms such as a white or yellow appearance on the toes, numbness, fingers, ear lobes, and the tip of the nose. 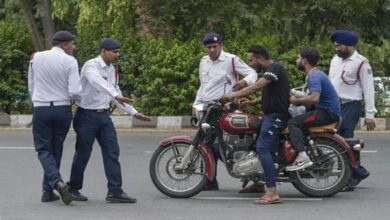