The Maha Metro Nagpur has been making the headlines for long. Recently we had the update that the Aqua line is up and running but as the inauguration of the track seems to be pending with PM and CM not available on the same day, it is yet to make operation on the said route. However, as per reports, the Commissioner of Metro Rail Safety (CMRS) has shown the green signal for the speeding of Maha Metro rails on the said route.

As per the permission is given, the Metro Train at the Aqua Line can be operated at the speed not less than 80 kmph between Sitabuldi and Lokmanya Nagar Metro Station Interchange. This will help in making the Metro train to operate at the given speed from the day services at the newly erected lines -Aqua Line. It can be called as the New Year gift for the Nagpurians as they would cover the distance between the above-said stations in just 20 minutes.

Earlier the Commissioner has not given the consent to draw the train at the given speed. But with the Metro Train all set to operate on a high-end tracks, the Aqua Line can work at the speed of 80 kmph from the very first day claimed the reports. Earlier the tests for the trains have been done on the said track in different phases with different trains running over it to get the allowed train speed. Stay tuned to know more about it and others only with us. 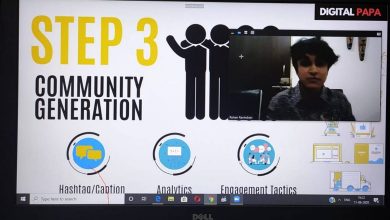